Current financing mechanisms are failing to deliver the Sustainable Development Goals, let’s not waste this unique window to get it right

As we enter the decade of delivery, this is our opportunity to reshape the global financial system, meet local needs and achieve the Sustainable Development Goals (SDGs) 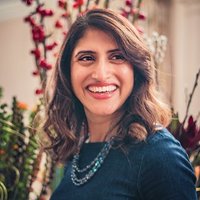 This blog is the first in a series on Global Public Investment and the future of foreign aid.

With only ten years to go, you don’t need to be a superforecaster to know that the lack of sustainable financing for the SDGs may be one of the main reasons why the ambitions of Agenda 2030 will not be achieved. So what is going wrong and how do we change course?

The ‘billions to trillions’ narrative developed in the run-up to the 2015 Addis Ababa Conference on Financing for Development has so far failed to mobilise resources on the scale necessary to finance the SDGs. Just last year, an Inter-agency Task-Force on Financing for Development report warned of the failure to mobilise sufficient financing and its impact on the achievement of the Global Goals. It recommended that the international community should grasp the opportunity to reshape both national and international financial systems in line with sustainable development. “If we fail to do so”, it stated, “we will fail to deliver the 2030 Agenda.” So far, unfortunately, very little has changed in response to this stark warning.

However, the world is changing and it’s changing fast. Geopolitical shifts in power; weaker growth; slower poverty reduction and rising inequality; persistent and protracted crises; demographic changes; rapid technological transformation; and the widespread impacts of the climate emergency are challenging the institutions of global governance and the financing mechanisms that underpin them. This threatens the success of the Global Goals. Both national and global actions are needed to reverse this trend and ensure we don’t waste our opportunity to make progress towards ending poverty, reducing inequality and tackling the climate crisis. This requires bold and brave thinking about new financing mechanisms because our current tools have proved to be inadequate for the task.

A great deal of emphasis and focus is often placed on official development assistance (ODA). It is a small part of the overall financing picture, but analysis by Development Initiatives (DI) has shown that, as the only international resource flow specifically focused on poverty, it remains a vital source of funding for some of the poorest people and places. Unfortunately, that source is shrinking. DI’s analysis of the latest ODA data released by the OECD DAC last month shows that total ODA continues to decline; that a larger proportion of it is provided as loans rather than grants (including to countries facing debt-distress); and that a smaller proportion is being allocated to critical human capital sectors such as health, education and social protection. Moreover, detailed analysis by ODI and DI shows that national-level public finance in many countries may not be targeting the poorest people; often it goes to places and people already well served.

Current national and global systems may be perpetuating inequity, resulting in the poorest and most marginalised people being left further and further behind. Our current financing mechanisms are neither meeting the requirements of our current ambitions, nor are they ready to respond to the challenges of tomorrow. Financing mechanisms need to reflect the interconnections of the world; development, climate and conflict do not exist in silos. As extreme poverty becomes increasingly concentrated in countries affected by conflict, climate change or both, the challenge of eradicating becomes more complex. These countries are the least able to mobilise domestic or private resources to deliver on the ambitions of the SDGs, and are the most reliant on waning ODA, which is not meeting their needs.

They need a new option. That is why the concept of Global Public Investment (GPI) is so exciting. It breaks down artificial silos and can be deployed to respond to people’s needs, wherever and whatever they may be rather than being subject to rules prohibiting access – rules that were designed for the world as it was half a century ago.

GPI ticks many boxes. It acknowledges the role of domestic and private resources, and is based on the belief that all countries need to invest in global public goods. It recognises the efforts needed everywhere to eradicate poverty and address the climate emergency – issues requiring a global approach and financing but local action that truly meets people’s needs. Rather than being a north–south transfer, GPI would – like the SDGs – be universal in nature, with all countries contributing according to their ability to pay. National and local actors in all countries would then be able to call on its resources in support of public goods. It would complement existing domestic and private resources.

GPI would not differentiate between sectors; rather, it would be responsive to the needs of the communities, so it could include projects that focus on climate adaption to build communities’ resilience, or funding to social protection schemes for those being excluded from national systems and progress. Its flexibility to meet local needs and issues is exciting.

As we begin what the UN has termed a ‘decade of action’ on the SDGs, one thing is certain: the present financing system is not fit for purpose. It needs to be re-designed to meet the universal challenges of today and into the future. Let’s start that process now, while we have this opportunity to get back on track, and build a better system that can deliver the future we all want to see.

Countering isolationism with collaboration as we enter the decade of delivery

In the context of growing isolationism, DI's Harpinder Collacott reflects on the past few years and looks to the future, arguing that collaboration will be key to making progress in the decade of delivery.

DI's Amy Dodd explores how addressing issues with financing for development could set us on the path towards achieving Agenda 2030.

Lessons from coronavirus for the future of ‘aid’

How a coordinated and well-funded global response is needed to combat health crises.